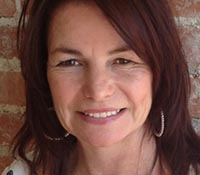 Someone close to me once said, “If you want to give your life meaning, go out and help someone else.” In 1987 that’s exactly what I did. I received a grant from the Salvation Army and decided to create a holiday party for children in foster care. That celebration changed the direction of my life. Many years later I never dreamed I would become the Executive Director of CASA.
A few of my proudest moments at CASA is…bringing the “Forgotten Children Campaign” to Santa Barbara County, complete with parade down State Street and a special concert featuring Kenny Loggins.
My fondest memory of my time with CASA is…traveling to Washington DC to advocate for children on Capitol Hill and facilitating fundraising workshops for CASA programs throughout the United States.
One thing I wish for CASA’s 20th birthday celebration is…to continue to raise public awareness about the challenges children face in foster care and how important it is for every child to have a CASA volunteer.