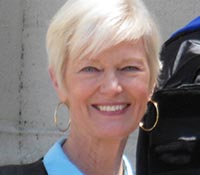 As one of CASA’s early executive directors, I remember the challenges we faced trying to serve as many children as possible while also sustaining and growing a fledgling organization. Years later, as a member of the board of directors and then advisory council, I was thrilled to see the stability and visibility CASA had achieved and the high percentage of children-in-need being served by CASA’s devoted volunteers.
One of my proudest memories of my time with CASA was observing how seriously local judges listened to the recommendations of CASA volunteers and how often the judges credited CASA for helping them make rulings that bettered the lives and futures of our community’s foster children.
CASA is absolutely vital to our community, not only because it shines a light on the plight of local children who have suffered abuse or neglect, but because it is 100% dedicated to helping those children find stable, caring homes.