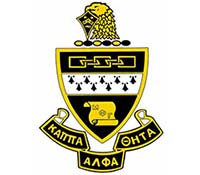 Kappa Alpha Theta colleges and alumnae have been long-time supporters of CASA. Twenty Years and Counting!

In 1995, Maureen Guerrero Null, former President of the Kappa Alpha Theta Alumnae Chapter received a call from Shelley Cole, former CASA Executive Director, inquiring about a donation, asking “who are you and why did I get a $500 check from you?” As it turns out, in 1989, Kappa Alpha Theta selected CASA for Children as its national philanthropy, so when local Theta Alumnae and Collegians learned of CASA’s efforts to recruit and train advocates in Santa Barbara, the relationship between the organizations evolved, and a partnership to fundraise for CASA grew.
A fashion show at Nordstrom’s in Santa Barbara raised more than $2,000, helping to fund CASA training. Judge Denise deBelleufeuille, who was then an Assistant District Attorney—and also a Theta—helped train the first class of CASA volunteers. Over the years, Theta Alumnae sponsored numerous Christmas parties for CASA volunteers and children, while Theta Collegians at UCSB continue to sponsor an annual Kickball for CASA tournament.
Kappa Alpha Thetas are A  VOICE FOR CHILDREN! On behalf of our entire CASA family, we thank you!