Does teaching a little boy how to fish really make a difference? 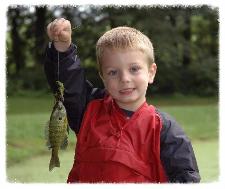 It sure made a difference for Tommy!

Tommy was only 6, and had spent most of his life in homeless shelters. When shelter staff and residents reported serious abuse, Tommy and his younger brother
were removed from their mother’s care. Witnesses described the boys crying because their mother refused to feed them. They watched her frequently beat them with a belt and yell at them until they were quiet. Tommy was seen eating from other residents’ plates. When a social worker asked Tommy if he was afraid of anyone, he replied, “My mother, my grandparents, my father, and my uncle.” His despair was palpable. Tommy should have been getting hugs, but it seemed every member of his family thought regular beatings would not only keep him in line, but toughen him up. Tommy had little experience with family members who demonstrated patience, warmth or kindness.

After Tommy’s mother refused to make changes in her life that would ensure her children’s safety, the court terminated her parental rights. This gave Tommy and his brother the best chance for a permanent home with a loving, adoptive family.

Tommy was passed through three different foster homes, the foster parents all struggling with the challenging behaviors Tommy had learned in his young life. Tommy would throw tantrums, had a difficult time focusing in school and, now separated from his younger brother, his behavior was getting worse, not better.

Children with traumatic pasts need trusting relationships with grown-ups who will keep them safe and emotionally secure. They need patient, caring adults to model ways to appropriately deal with sadness and anger. They need someone who will fight for what is best for them. These children need a friend, a mentor, and an advocate.

They need a CASA volunteer.

When the court requested a CASA for Tommy, we knew just who to match him with. Long-time CASA volunteer Don Stephens had just finished a case and was ready for his next assignment. Don is a veteran of the U.S. Army, and not one to give up easily. With several successful CASA cases in his history, he understood that Tommy needed an adult who would not quit on him.

When Don first reported back to us on his meetings with Tommy, he told us, “Tommy sure does have a lot of energy! He can be a handful. But, he is a good kid. I’m going to teach him to fish.” 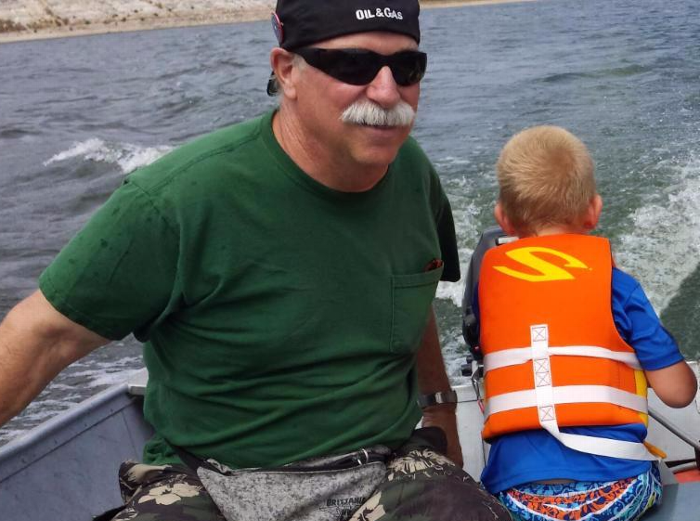 Fish? All we had heard about Tommy from his foster homes was that his tantrums were out of control and that he was hard to handle. Teaching Tommy the patience required for fishing seemed like a long shot.

But Don was on to something. As they developed a relationship of trust and consistency, Tommy began to look forward to their outings – first at a local park with a pond, then on the shore of the ocean or lake, and finally the big treat for Tommy – a ride in a real boat!

And other magic was happening as well. The tantrums soon stopped. Tommy began to settle down in school. And as Don arranged meetings with his younger brother’s adoptive family, they grew to love Tommy and decided their family would not be complete until Tommy joined them.

This is what YOU have accomplished with your support of CASA of Santa Barbara County.

Last year, 284 of your friends and neighbors were heroes with stories both different from and similar to Don and Tommy’s story. CASA volunteers advocated for 438 of our children, making sure that they were safe and cared
for.

This year we want to do more, and we can only do it with your help.

This is the most difficult time of year for me as Executive Director of CASA of Santa Barbara County. Like you, I look forward to celebrating the upcoming holidays with family and friends, warmth and love. Yet while I celebrate with loved ones, my heart breaks for the abused and neglected children still remaining on our waiting list. These children do not have safe, loving homes and families to care for them this holiday season.

CASA volunteers – Court Appointed Special Advocates – are changing the lives of children one at a time. This is the year that we believe we can eliminate the wait list and serve every child the court asks us to advocate for.
During this season of giving, will you help us provide children like Tommy with the life-changing gift of a CASA volunteer? Your generous, taxdeductible donation will help us recruit, train and support more CASA
volunteers to help these children heal and thrive.

On behalf of our county’s most vulnerable children, we thank you for your consideration.

P.S. Teaching a little boy how to fish really does make a difference!

P.P.S. This year your investment will go even further with a matching gift that has been offered to us by a local foundation, with the challenge of raising at least $25,000 to train more volunteers and end the waiting for children in need in our community.