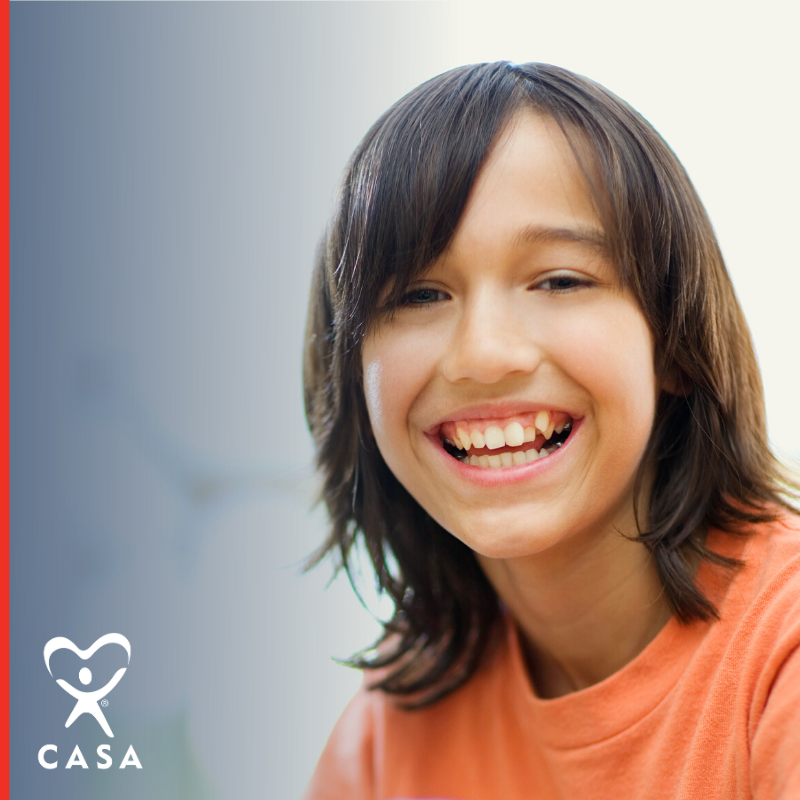 Christian is a 14-year old boy who loves skateboarding and playing video games when his foster parents let him! In December, police were called to Christian’s house because the neighbors heard his parents fighting. It was discovered that they often fought in front of their kids, and this really bothered Christian because he felt the need to protect his little sister. For their own safety, Christian and his sister entered the protective care of the court.

Because of where his new foster home is, Christian had to move to a different school and he’s having a hard time making friends and adjusting to his new teachers. After school, he just goes straight to his foster home and wants to play his video games. On top of all of those changes, Christian and his sister were not able to stay in the same foster home.

Christian needs a CASA volunteer to help advocate for him and his sister to be in the same home, or at least have opportunities to visit each other. He also needs someone to motivate him to get involved in school, sports, or other activities to make friends. A CASA volunteer would be able to monitor his progress in school and recommend tutoring or other services to get him on track.

Take action, volunteer! Just 10-12 hours a month can make a difference for a child like Christian. Learn more at sbcasa.org/volunteer

*Names and details are changed to protect the confidentiality of the children we serve. The photo represents the likeness of a child in this community who needs a CASA volunteer