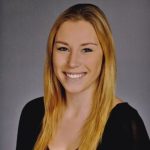 There are two new members of the CASA of Santa Barbara County team who have joined with one goal in mind – to help the many children in our community facing abuse and/or neglect. With nearly 300 children being served – and a waiting list of more than 50 – there is still much more work to be done, and Katie Elicker and Jamie Guista are ready for the job.

Katie Elicker is the development assistant for CASA of Santa Barbara County. In her role, she assists Development Director Tim Bigelow with individual and corporate fundraising efforts, engages with donors using social and digital marketing methods, and more. Originally from Orange County, Elicker attends UC Santa Barbara and is double-majoring in communications and global studies.

Upon entering college, Elicker joined the Kappa Alpha Theta sorority, where she served as the Chief Financial Officer, creating and managing a budget of $500,000. When she is not at CASA, she works as an assistant bookkeeper at Blue Isle Bookkeeping and is an assistant event planner for Wedding Kate. In her spare time, she loves enjoying the beautiful Santa Barbara weather at the beach and spending time with my family and friends.

“CASA gives children hope by providing them volunteers to ensure their best interests are being met,” Elicker explained. “I believe in the CASA program and the voice it gives to children, and am so excited to be a part of it.”

Jamie Guista is the outreach coordinator for CASA of Santa Barbara County. With an extensive background in media, event planning and public relations, Guista will represent the nonprofit as the link between 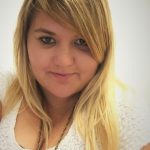 the organization and the community. Guista, who received her undergraduate degree in political science at UC Berkeley, previously worked as the education reporter for the Santa Maria Times, winning first place in the California Newspaper Publishers Association’s Better Newspapers Contest in April. She continues to contribute frequent articles to multiple media outlets along the Central Coast. When she is not at CASA, she is at her home in Nipomo with her two dogs, cat and fiancé.

“I am thrilled to start this new journey with CASA,” Guista said. “My goal is to use the communication skills I have attained throughout my career to increase public knowledge of this wonderful organization which, in turn, will attract more volunteers and allow us to continue helping children within our community.”

The goal is for every child in the county to have an advocate and, with the addition of Elicker and Guista, Executive Director Kim Colby Davis is confident this will be achieved soon.

“It’s exciting to add Jamie and Katie to our CASA team,” Davis said. “We’ve been on a path to advocate for every abused and neglected child, but the key to these efforts is growth in the number of volunteers recruited and trained each year, and in revenue raised from community partners and other donors to support the CASA program. With these two superstars on our team, we are closer than ever to reaching our goal!”