CASA by the Sea

The Casa By The Sea was thrilled to have live music played by Dispora at the Event.

For more information on the talented band, please read below:

Diaspora is a Los Angeles-based reggae/rock band committed to making conscious roots music. Like many bands, it started with a jam session. Tyler Reinhart (singer/songwriter), and Cedar Compher (lead guitar), met through their work with children and decided to get together one night and play through some of the songs that Tyler had been working on. Something clicked right away. A little over a year and a half later, the band now has a killer lineup of musicians with Joe hall (rhythm, producer), who has worked with artists such as I-Chele, Vince Black, Nahco and Medicine for People; Jason Dickie (Bass); and Blake Colie (drums), who has worked with Salvador Santana, The Expanders, and Hollie Cook. The music is honest, personal, and socially conscious, with an overall message rooted in positivity. The band is releasing its first official Extended Player (EP). They hope to pay homage to the genre they love, while pushing the boundaries into territory that is uniquely their own. 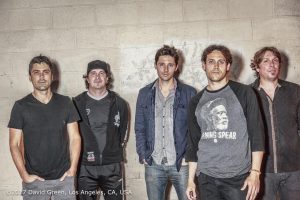